Aaron is a former certified Nevada Peace Officer & Clark County Juvenile Probation Officer. While working as a Juvenile Probation Officer Aaron utilized his expertise in a high security unit, intake, female unit, spring mountain youth camp, field operations and house arrest. He worked with local stakeholders (law enforcement, social services, non-profits) to provide community service experiences that cultivate a sense of community identity, connection, and responsibility to the community. Aaron was responsible for conducting daily programming curriculum that was rooted in evidence-based practices from the Annie Casey Foundation. In addition, Aaron provided parents with techniques to use with their children as they completed the probation process. The curriculum highlighted techniques from cognitive behavioral therapy for youth with diagnoses in oppositional defiance, conduct disorder and other behavioral challenges. He worked closely with parents, CCSD, Juvenile Court, and the State of Nevada (Youth Probation & Parole) to investigate cases and prepare court reports and recommendations.

Aaron has assisted several local agencies (Hope for Prisoners, Walk this Way, State of Nevada-Vocational-Rehabilitation) with developing curriculum for job training and placement to help those who are reentering our community. He has mentored several graduates who have successfully started professional careers in construction and retail. Aaron has developed a deep compassion for those who have been falsely accused. He continues to work on bi-partisan legislative (Nevada) bills to support people who do not have a voice. He continues to lend his hand for ex-felons with disabilities (including local veterans) by creating new job opportunities with his local contacts and relationships. Currently he’s in process to help local higher education agencies (UNLV, CSN) streamline new education opportunities so we have more educational opportunities. Aaron also lends his hand at the Nate Ovation Institute (nateovation.com) helping ex-felons obtain their OSHA and safety officer certificates.

Aaron is the Founder & Executive Director of the Asperger’s Training, Employment and Life Skills. (www.ATENV.org). He’s has successfully placed over 173 adults (as of 2018) with Autism and other high functioning disabilities into our local workforce. He developed curricula for the State of Nevada DETR/Voc-Rehab for job readiness (68 graduates), Life Skills (30 graduates) and Drivers Education (10 graduates). He has worked to educate and train numerous employers. Select participants include Sprouts Grocery, Walmart and PT’s Gold. Aaron taught employers how to properly interview and hire someone with a disability. He also held monthly parent support group meetings at the Findlay Chevrolet Community Room (https://www.findlaychevy.com/) to support parents through community outreach. This included guest speakers from the school district, social workers, nonprofits, parents and state agencies. Aaron is the Executive Board President of The Achievement Academy, INC (www.ATENV.org) and former Executive Board Member at UNLV Project F.O.C.U. S. (http://unlvcoe.org/focus/). While at Project F.O.C.U.S. he assisted program administrators and professors with mock interviews and workshops to help participants’ secure future employment on UNLV’s campus. Every year Aaron, his donors and UNLV Harrah’s College of Hospitality interns hold an annual fundraiser at Wet n Wild where they send 100+ kids and their parents from Safe Nest (Domestic Violence), Boys & Girls Clubs, Foster Connect and disabled Veterans to the park for a relaxing day at the water park.

Aaron’s an Operation Desert Storm Veteran earning the Southwest Asia medal with a bronze star. He successfully completed his career while serving on the USS Carl Vinson and Naval Air Station Dallas (reserves). At a very young age (18 years old) he was recognized as a leader on the flight deck and was given responsibilities only given to senior airmen. Aaron served on the “Captain’s Committee” which consisted of his fellow peers voting for him to represent the needs and concerns of the “Air Department.” Upon completion of this assignment Aaron was chosen by the air department’s commander to work with the ship’s captain (Captain John S. Payne) on a temporary duty station for 90 days. During this assignment Aaron was given leadership lectures and instruction by the ship’s captain and senior officer’s. He completed his service obligation in the reserves at NAS Dallas.

Using the GI Bill Aaron graduated from UNLV with a bachelor’s degree in Criminal Justice. During undergraduate and graduate school (in Public Administration) he mentored fellow veterans who were pursuing their education. He’s currently an Executive Board member of the UNLV Veterans Alumni Group (https://www.unlv.edu/alumni/rebel-veterans). This group is the first recognized alumni club in the history of UNLV. He’s actively involved in recruiting new alumni members and active on the fundraising committee.

Aaron is very passionate about protecting children and adults from this international epidemic. He’s working with “Awareness is Prevention” (https://aipnv.org/about/) “Global Education Philanthropists” (https://www.globalep.org/) and the Hooters Hotel and Casino to produce a “Human Trafficking” Resource fair and fundraiser (Spring, 2020). This is an opportunity for Las Vegas residents, local employers, law enforcement officials and Nevada legislators to continue education in this area. While working as a Clark County Juvenile Probation Officer, Aaron personally witnessed children who were forced into the sex industry. He helped locate and prosecute trafficking offenders by working closely with local law enforcement. As a parent, he’s developed a deep compassion for these children. He has made it his personal mission to educate the general public and find ways to help combat this serious issue. 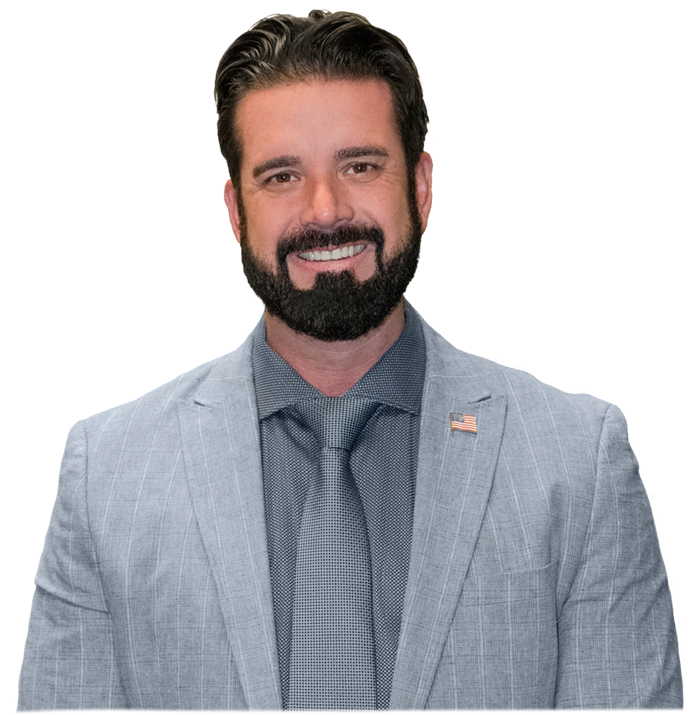